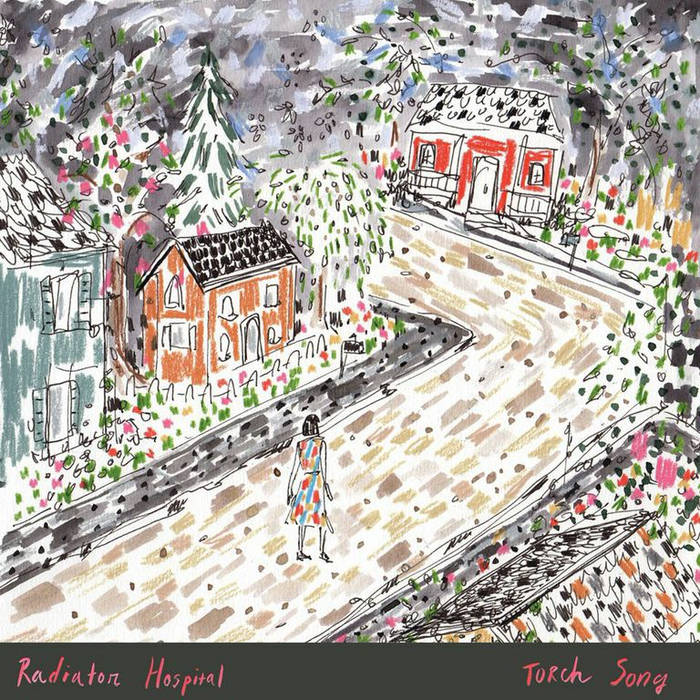 Ninehundredninetynine Stumbled across this great band because of Martha the band and I just love their sometimes melancholy garage-sound.
Also I like the acoustic songs.
I still remember seeing them live in my hometown when they were touring with Erica Freas and asked them for a setlist to have something to remember the great concert.
It´s hanging on my wall since that day :) Favorite track: Cut Your Bangs.

Hannah Leather & Lace simply reminds me of the very best of late 80s and early 90s college radio, unapologetic garage rock at its best with an energetic punk rock punch that makes this track and Radiator Hospital overall sail above a sea of other third wave garage bands. Favorite track: Leather & Lace.

On this recording, Jon Rybicki played bass, Jeff Bolt played drums, Cynthia Schemmer played guitar and sang, Kyle Gilbride played a guitar solo on “Blue Gown” and played bass and keyboard on “Sleeping House,” Keith Spencer played guitar on “181935,” Maryn Jones sang on “Fireworks,” Katie Crutchfield sang on “Blue Gown” and “Five & Dime,” Allison Crutchfield sang on “Midnight Nothing,” and I sang and played guitar and made up all the songs and did a couple other things. Kyle recorded it the first week of May 2014 at Golden Tea House and Swoon City in West Philadelphia, PA via Wherever Audio (www.whereveraudio.com). Phoebe Harris did the front cover painting (phoebebh.com). Mikey Cantor did some layout stuff and helped record a song. Very special thanks to Kyle, Marco, Phoebe, Mikey, everyone who lives at Golden Tea and Swoon City, everyone who played on the record, all our friends and families, everyone who has ever booked a show for us, anyone who likes this stuff. Keep the dream alive. -Sam